Creativity as the ambodiment  of the Whole

Harmonisation of Life Path  with the Universal Flow  (“The Book of Changes” (“I Ching”), 16th -12th  century BC);  Actions managed by the universal laws of the Tao, the implementation of the principle of non-actions (wu-wei) (Laozi, 6th  c. BC);  Imitation (Mimesis) (Democritus, Plato, 5th – 4th c. BC, Aristotle, 4th c. BC);  Actions in accordance with the divine cosmic plan, the subordination of nature, following the natural course of things (Stoicism, 4th  BC); Imitation of beautiful nature (Charles Batteux, 1746); “Creative synthesis” as the union of the physical elements and as qualitatively unique integrity that define an associative links (W. Wundt, 1880); The openness to the whole, achieving the unity and harmony with the primary entities of the Universe (H. Anderson, 1965); Integrating of  a separated parts of knowledge stored in the memory into a coherent whole (W. Keller, 1930;  M. Wertheimer, 1945); Finding a balance between subject and object, individual and the universe  (S.Arieti, 1976); “Transdimensional transition” from the disjunction to the conjunction, from opposition to the complementarity and to the creation of a metasystem (A.A. Koblyakov, 2003).
Creativity as forming and transformation. Integration of facts, impressions and feelings into a new form (J.D. Porsche, 1955); Creating a new and useful patterns (G.M. Read, 1955); Translation of knowledge and ideas into a new form (A. Duhrssen, 1957); Structuring and the transformation of a meanings of a text as a separate goal and the result of creativity (Roland Barthes, 1957; Julia Kristeva, 1971);  The ability to reformulate and reorganize (V. Lowenfeld, 1962);  Directed transformations through co-incidence, co-ordination and fittest (D. Feldman,1979);   Creativity is the process of generating unique products by transformation of existing products (P. Welch, 1980); Transformative Wisdom (W. Harman, H. Rhengold, 1984); Creativity as a transformative thinking (J.Wycoff, T. Richardson, 1995); Intention to transform the objective world, couple with the ability to decide  when this is useful  ( M. Runco,1996); Creativity is any act, idea, or product that changes an existing domain, or that transforms an existing domain into a new one (M. Csikszentmihalyi, 1996). 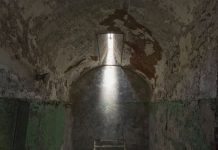