A man murders his wife with a knife in their car. He throws her out of the car being careful not to leave any fingerprints on her body. Nobody is around to see this.
Next he throws the knife off of a cliff into a gorge where it will never be found and he goes home.

An hour later the police call him and tell him that his wife has been murdered and he needs to come to the scene of the crime immediately.

As soon as he arrives, he is arrested.

How did the Detective knows he did it?

Detective did not mention of crime scene in the communication. He reached the correct location of crime and hence was arrested as only murderer could know the place of murder.
Close
(Visited 18 times, 1 visits today) 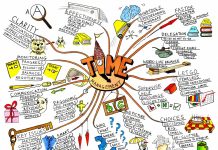