Angela Dorothea Kasner
Born on 17 July 1954, Hamburg, West Germany
Nationality: Germany
Category: Leaders
Occupation: Politicians
Unique distinction: The first female Chancellor of Germany, the de facto leader and one of the architects of the European Union.
Height: 1.65 m (5’ 5″).
Religion: Lutheranism
Quotes:
1. Freedom is the very essence of our economy and society. Without freedom the human mind is prevented from unleashing its creative.
2. I have a relatively sunny spirit, and I always had the expectation that my path through life would be relatively sunny, no matter what happened. I have never allowed myself to be bitter.
3. I always wanted to know what I’d face next, even though that was maybe a bit detrimental to spontaneity. Structuring my life and avoiding chaos was more important.
4. I might bend, but I will NEVER break because it’s in my nature as a strong woman.
5. For me, it is always important that I go through all the possible options for a decision.
6. I am thankful for the way I was raised, to be positive. Even when times have gotten rough I have always tried to look on the bright side.
7. I never underestimated myself. And I never saw anything wrong with ambition.
8. Where there’s a will, there’s a way.
Website: Angela Merkel
Twitter
Instagram

She worked and studied at the Central Institute for Physical Chemistry of the Academy of Sciences in Berlin-Adlershof from 1978 to 1990. After being awarded a doctorate in 1986 for her thesis on quantum chemistry she worked as a researcher.
In 1989, Merkel got involved in the growing democracy movement after the fall of the Berlin Wall. In 1990 she joined the Christian Democratic Union (CDU) and in this year was elected to parliament. Her first mentor in politics was Lothar de Maizière, who headed the East German branch of the Christian Democratic Union (CDU).
From 1991 – 1994 she was Federal Minister for Women and Youth and from 1994 – 1998 – Federal Minister for the Environment, Nature Conservation and Nuclear Safety. From 1998 – 2000 she was the General Secretary of the CDU Germany. She was a protégé of Chancellor Helmut Kohl, who was heralded as the architect of reunification. But in 1999 after a financial scandal in CDU, Merkel distanced herself from Kohl and was named party leader in 2000.
Since 2000 she was the Chairwoman of the CDU Germany and Chairman of the CDU-CSU (Christian Social Union) parliamentary coalition from 2002 to 2005. In the 2005 elections, she led the CDU and its sister party, the Christian Social Union, to a narrow victory over the Social Democrats. On Nov. 22, 2005, she became the first woman Chancellor of Germany. Her mandate was renewed in the parliamentary elections of 2009.
In 2007, Merkel was also President of the European Council and chaired the G8, the second woman to chair the G8, after Margaret Thatcher.
Angela Merkel is the current Chancellor of Germany (22 November 2005) and chairwoman of the Christian Democratic Union (CDU) since 10 April 2000.
in 2009 CDU was re-elected with an increased number of seats and could form a governing coalition with the FDP.
In the election of 2013, the CDU/CSU parties emerged as winners and Merkel were sworn in for a third term in December 2013.
On 26 March 2014, Merkel became the longest-serving incumbent head of government in the European Union.
Due to her open-door immigration policy, Merkel’s approval rating dropped to 47% (August 2016).
On 24 September 2017 German Federal elections Angela Merkel wins the fourth term as Germany’s chancellor. The CDU/CSU led by Angela Merkel,  win 33% of the vote.
On 26 March 2014, Merkel became the longest-serving incumbent head of government in the European Union. In May 2016, Merkel was named the most powerful woman in the world for a record tenth time (Forbes).
The fourth cabinet of Angela Merkel is the current government of Germany and was sworn in on 14 March 2018.
In October 2018, Merkel announced that she would stand down as Leader of the CDU at the party convention, and would not seek a fifth term as Chancellor in the 2021 federal election.
She stated that she did not plan to seek any political office after this.

In 1977, Angela Kasner married physics student Ulrich Merkel. They divorced in 1982. Her second and current husband is Joachim Sauer – quantum chemist and professor.
They first met in 1981, became a couple later and married privately on 30 December 1998. She has no children, but Sauer has two adult sons from a previous marriage.
Zest: She is fluent in Russian and English. As a youth, Merkel was nicknamed “Kasi”. She is a football (soccer) enthusiast. She is true “a quarter Polish”. Her grandfather was Ludwig Kazmierczak, a police officer.
Merkel has been described as the de facto leader of the European Union. Some have referred to her as “The Iron Frau”. 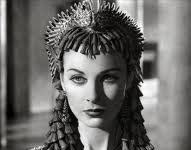 Alexander the Great – One of the most successful military leaders...