(October 8, 1915, Milledgeville, Georgia  – July 12, 2003, Athens, GA) (Aged 87)
Nationality: United States of America
Category: Scientists
Occupation: Psychologists
Specification: Psychology of Creativity
Unique distinction: He is known as the “Father of Modern Creativity”, creator of the Torrance Tests of Creative Thinking (TTCT).
Branches: Educational psychology, Psychology of Creativity
Gender: Male
Quotes:
1. Creativity is the process of sensing problems or gaps in information, then identifying the difficulties and seeking solutions through trial and error or through forming hypotheses.
2. Humor and a ‘sense of humor’ are basically creative and are themselves facilitative of further creativity.
3. You need courage to be creative. Just as soon as you have a new idea, you are a minority of one. And being a minority of one is uncomfortable – it takes courage!
4. I have always been interested in empowering children, releasing their creative potential. But first I had to measure that potential. So I have a reputation as a psychometrician, but all along I have worked with the development of creativity.
5. One of the most powerful wellsprings of creative energy, outstanding accomplishment, and self-fulfillment seems to be falling in love with something – your dreams, your image of the future.
6. Creativity is a distinctive trait of human excellence in all domains of behaviour.
7. Outstanding creative achievement involves being different, testing known limits, attempting difficult jobs, making honest mistakes and responding to challenge.

Social and professional position: American psychologist and educator.
The main contribution to (what is known): Ellis Paul Torrance is the “Father of Modern Creativity”. He created the Future Problem Solving Program International, the Incubation Curriculum Model, and the Torrance Tests of Creative Thinking.

1. Creativity. Ellis Paul Torrance devoted his career to teaching and researching creativity. His interest in creativity emerged in 1937 from his observation that many of his difficult students went on to become successful in life and work. During his work for the U.S. Air Force (1951-57), he developed his survival definition of creativity, which stated that courageous risk-taking is essential for creativity.
Later he defines creativity as “…the process of sensing gaps or disturbing, missing elements; forming ideas or hypotheses concerning them; testing these hypotheses; and communicating the results, possibly modifying and retesting the hypotheses” (1962).2. Torrance Tests of Creative Thinking (TTCT) or Minnesota Tests of Creative Thinking (MTCT).
2.1. Torrance with his colleagues invented the most widely known The Torrance Tests of Creative Thinking, which was published in 1966. Torrance have used many of Guilfords (1950, 1956) concepts in their test construction.  but in contrast to Guilford, he sought both verbal and figural activities and grouped the different subtests of the TTCT into three categories:
1. Verbal tasks using verbal stimuli. 2.  Verbal tasks using non-verbal stimuli. 3. Non-verbal tasks.
2.2. He developed a benchmark method for quantifying creativity. In the beginning, he used use Guilford’s (1956) four divergent thinking factors:
1. Fluency. The total number of interpretable, meaningful, and relevant ideas generated in response to the stimulus.
2. Flexibility. the number of different categories or shifts in responses.
3. Originality. the number of unusual yet relevant ideas and the statistical rarity of the responses.
4. Elaboration. The amount of detail used to extend a response (1966, 1974).2.3. Then Torrance decided to enhance the scoring of the figural tests. The third edition of the TTCT eliminated the Flexibility scale from the figural test but added Resistance to Premature Closure and Abstractness of Titles as two new criterion-referenced scores on the figural (1984).
Using this system, the figural tests are scored according to five norm-referenced scores and 13 criterion-referenced scores. So TTCT-Figural form measures five subscales: (1) fluency, (2) originality, (3) elaboration, (4) abstractness of titles and (5) resistance to premature closure.
The criterion-referenced measures include emotional expressiveness, story-telling articulateness, Movement or actions, expressiveness of titles, syntheses if incomplete figures, synthesis of lines, if circles, unusual visualization, extending or breaking boundaries, humour, the richness of imagery, the colourfulness of imagery, and fantasy.
2.4. The newest version of the Torrance Test of Creative Thinking (Goff and Torrance, 2002) measured 4 norm-referenced abilities:
1. Fluency, ability to produce numerous ideas relating to the activity.
2. Originality, ability to produce ideas that are not generally produced.
3. Elaboration, ability to embellish ideas relating to the activity.
4. Flexibility, ability to interpret similar stimuli in different ways.
2.5. Torrance and his associates administered the Minnesota Tests of Creative Thinking (MTCT) to several thousands of school children. They also completed the 40-year longitudinal study on creativity, done on 215 students that attended two Minneapolis elementary schools from 1958-1964.
Moreover, Torrance is aware that the use of the TTCT, is still not able to measure the essence of creativity, that a high degree of the measured creative abilities only increases a person’s chances of behaving creatively.

3. Threshold hypothesis. Torrance proposed popular model is what has come to be known as “the threshold hypothesis”, which holds that, in a general sample, there will be a positive correlation between low creativity and intelligence scores, but a correlation will not be found with higher scores.

4.  Future Problem Solving Program. Torrance created the Future Problem Solving Program and developed the Incubation Model of Teaching, which has now expanded and reached over 250,000 students internationally.
This program  stimulates critical and creative thinking skills, extend perceptions of the real world, encourages students to develop a vision for the future, Integrate problem-solving into the curriculum, offer authentic assessment and prepares students for leadership roles.”

1. Don’t be afraid to fall in love with something & pursue it with intensity.
2. Know, understand, take pride in, practice, develop, exploit, & enjoy your greatest strengths.
3. Learn to free yourself from the expectations of others and to walk away from the games they impose on you.
4. Find a great teacher or mentor who will help you.
5. Don’t waste energy trying to be well rounded.
6. Do what you love and can do well.
7. Learn the skill of interdependence.

(by E. Paul Torrance and Garnet Millar).
Being a Beyonder means doing your very best, going beyond where you have been before, and going beyond where others have gone.
1. The beyonders take delight in deep thinking.
2. They are tolerant of mistakes by themselves and others.
3. They are able to feel comfortable as a minority of one.
4. They love the work that they do and do it well.
5. They have a sense of mission and have the courage to be creative.
6. They do not waste needless energy trying to be well-rounded.

Origin: Ellis Paul Torrance was born in Milledgeville, Georgia. He was the son of Ellis and Jimmie Paul Torrance. His sister Ellen was born 4 years later.
Education: Bachelor of Arts (1940) Mercer University; Master’s degree in educational psychology (1944) University of Minnesota; Ph.D. (1951) University of Michigan.
Career highlights:  In 1936 he began his teaching career at Midway Vocational High School and in 1937 at Georgia Military College.  In 1945, he was drafted by U.S. Army and became a counsellor of disabled veterans at the University of Minnesota Counseling Bureau.
In 1951 he became a director of the Survival Research of the U.S. Air Force in Colorado In 1958, he returned to the University of Minnesota and served as director of the Bureau of Educational Research until 1966.
He had been the head of the Educational Psychology Dept (1966 – 1978), and professor (1978 -1984) at the University of Georgia (UGA).
He retired from Georgia in 1984. In 1984, the UGA established the Torrance Center for Creativity and Talent Development.
Personal life:  In 1959, at the age of 44,  he married Pansy Nigh ( 1913-1988), his nursing student and later a nursing educator and his willing support and partner.
Personality: Torrance had a kind, gentle and generous character. He was an eminence mentor and teacher and always demonstrated respect and support for his colleagues and students.
Ellis Paul Torrance died in Athens, Georgia in 2003 at age 87.

Sense creation in the structure of processes of meaning dynamics 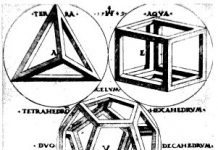 Kvintological approach to the construction of a unified theory of creativity