He came to a village seeking lodging. No one took him in.
He did not lament his fate, instead his reaction was: “Everything God does is for the best”.”
He set up camp in the wilderness nearby. During the night a wind blew out his lamp, a cat ate his rooster, and a lion slew his donkey. And again Rabbi Akiva’s reaction was “Everything that God does is for the best”.
He awoke the next morning to find that during the night soldiers had sacked the village which refused him lodging.
Not only would the rabbi have been captured with the other residents had he been there, but if the candle, rooster or donkey would have been around, the soldiers would have seen or heard them and would have also captured rabbi.
He smiled and said again: “Everything that God does is for the best”.
Jewish story (Brachot 60b)

Parable about Alexander the Great and Opportunity

A Cup of Tea 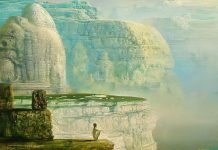