Such writers as Nikolai Gogol, William Yates, Victor Hugo, Honore de Balzac, Anatole France, Ray Bradbury, Jack Kerouac, as well as business guru Tom Peters, Al Rice, Jay Conrad Levinson and others, intuitively used this technique.
For example, N. Gogol offers this advice to writers who suffer from Writer’s Block:
“But you still write … take a pretty feather, clean it up carefully, put a sheet of paper in front of you and start like this: “something is not written to me today”. Write it many times in a row, and suddenly a good idea comes to your mind! Behind her is another, the third … ”
In 1934, Dorothea Brande (1893–1948), in her book “Becoming a Writer”, offers morning practice, which is essentially is Free Writing technique. Their goal is to use the richness of the unconscious and gain the ease and spontaneity of writing. “Hitch your unconscious mind to your writing arm.”
Peter Elbow advanced freewriting in his book Writing Without Teachers (1975).
Tristine Rainer in her book: The New Diary: How to use a journal for self-guidance and expanded creativity (1978), identifies four main «diary devices», corresponding to Jung’s four basic psychological functions:
a) free intuitive writing (intuition), b) cathartic writing realizes (feeling), c) description of information perceived by senses (sensation), d) Reflective writing (thinking). She noted, “Write fast, write everything, include everything, write from your feeling, write from your body, and accept whatever comes».
This technique was popularized by Julia Cameron through her book The Artist’s Way (1992).
Natalie Goldberg combined the notion of freewriting with Zen Buddhist meditation principles to develop writing practice, described in books such as Writing Down the Bones (1986).
Mark Levy summarized and improved Freewriting techniques in his book “Accidental Genius: Using Writing to Generate Your Best Ideas, Insight, and Content” (2000). He wrote: “Freewriting is one of the most valuable skills I know… It pushes the brain to think longer, deeper, and more unconventionally than it normally would… You could call freewriting a form of forced creativity”.

Freewriting is not the same thing as Automatic Writing and Brainwriting as the kind of brainstorming where discrete ideas are simply listed.
1. Automatic Writing or psychography is the process of production of writing material that does not come from the conscious thoughts of the writer. Practitioners say that the writer’s hand forms the message, with the person being unaware of what will be written
The words purportedly arise from a subconscious, spiritual or supernatural source. Automatic writing can happen in a trance or waking state.
1. In some cases, it is done by people in an alleged trance state. Thus in Spiritual automatic writing and Art – spirits or muse dictate or take the hand of a medium or genius to write messages and even entire books.
2. In others, the writer is aware of their surroundings but claims not to be aware of the actions of their writing hand.

2. Stream of Consciousness – is a method of narration that describes happenings in the flow of thoughts and feelings in the minds of the characters. W. James noted, “…let’s call it the stream of thought, consciousness, or subjective life.”
The stream of consciousness style of writing is marked by the sudden rise of thoughts and lack of punctuation.
Stream-of-consciousness writing is usually regarded as a special form of interior monologue and is characterized by associative leaps in thought and a lack of some or all punctuation.
The use of this narration style is generally associated with such modern novelists and short story writers of the 20th century as James Joyce, Virginia Woolf, Marcel Proust, William Faulkner, and Robert Wilson.

3. Lists of 100 by Kathleen Adams
Kathleen Adams suggested that the very tangible, immediate and useful result of Freewriting gives completely structured, concrete and practical exercises. A list of 100 items, many of which will probably be repetitions, on a predetermined theme or topic. Topics can be about any current issue (for example 100 Things I Need or Want to Do; 100 things I like about myself…).

4. Image streaming by Win Wenger
Win Wenger and Richard Poe “The Einstein Factor: A Proven New Method for Increasing Your Intelligence (1995)
This is a technique of free visualization, which consists of verbal descriptions of a spontaneous stream of images that is constantly present in our subconscious.
It involves speaking to a live listener or tape recorder, relaxed with eyes closed, and describing aloud the images, further scenes and the sensory impressions as they naturally arise. It is important to describe the image stream in as much detail as possible and try to keep the descriptions constantly flowing.
Image streaming helps to tap into the wellspring of thoughts, ideas and images stored in your subconscious – sometimes resulting in breakthrough ideas and creative solutions.
The whole image streaming experience is reported to another individual, recorded to Dictaphone or then, as an option – written on a notebook or computer.

5. Brainwriting (brainstorming) is done by freely writing down ideas about a given topic. This method was originally popularized in Germany in the 70s and developed by Arthur B. VanGundy.
Each person writes their ideas down on index cards, self-adhesive notes or slips of paper.
There are two basic types of brainwriting:
1. Individual free writing. Nominal ideas in a group that are not shared with other group members while generating ideas.
2. Group brainwriting with interacting ideas. In this case, all ideas are shared for additional stimulation.

Freewriting (free stream-of-consciousness writing) — is a creative technique in which a person writes continuously for a set period of time (often five, ten, or fifteen minutes) without regard to spelling, grammar, or topic.
It produces raw, often unusable material, but helps writers overcome blocks of apathy and self-criticism.
The writer writes without regard for spelling, or grammar, and makes no corrections.
Unlike brainstorming where ideas are simply listed, in freewriting, one writes sentences to form a paragraph about whatever comes to mind.

1. This method is used if the writer reaches a point where they cannot think of anything to write, they write that they cannot think of anything until they find another line of thought.
2. This technique helps a writer explore a particular subject before putting ideas into a more basic context. Some writers use the technique as a preliminary to formal writing.
3. Freewriting helps to improve your psychic state, elevates your mood, and makes you feel centred.

1. Freewriting is based on a presumption that the mental wellspring may be blocked by apathy, self-criticism, resentment, anxiety about deadlines, fear of failure or censure, or other forms of resistance.
2. The accepted rules of freewriting enable a writer to build up enough momentum to blast past blocks into the uninhibited flow. The writer freely strays off-topic, letting thoughts lead where they may.
3. This technique allows ignoring your inner critic, resist any urge to self-censor and instead focus on the creative process itself. Our inner critic likes to evaluate thoughts based on their realism and utility, rather than originality.
4. When you free write, you’re capturing all of the invisible, impossible-to-sense connections of the neural networks between your subconscious and conscious. Freewriting allows us to capture thoughts that are otherwise intangible, lived detail is what is valuable in uninhibited flow.
5. Freewriting allows us to focus on self-expression. Nothing links us to our own lives better than writing down the real and precise details of the sights and smells, the tastes and feelings.

Natalie Goldberg’s first four rules of writing:
1. Give yourself a time limit. Write for one or ten or twenty minutes, and then stop.
2. Keep your hand moving until the time is up. Do not pause to stare into space or to read what you’ve written. Write quickly but not in a hurry.
3. Pay no attention to grammar, spelling, punctuation, neatness, or style. Nobody else needs to read what you produce here. The correctness and quality of what you write do not matter; the act of writing does.
4. If you get off the topic or run out of ideas, keep writing anyway. If necessary, write nonsense or whatever comes into your head, or simply scribble: anything to keep the hand moving.
5. If you feel bored or uncomfortable as you’re writing, ask yourself what’s bothering you and write about that.
6. When the time is up, look over what you’ve written, and mark passages that contain ideas or phrases that might be worth keeping or elaborating on in a subsequent free-writing session.

1. Write as fast, as fast as you can while remaining legible. Choose your own speed.
2. Don’t think, just write. Let the words flow free unleashing your unconscious mind. Let them come, raw as they are. The words you least feel like writing are often those that are most significant.
3. Write without worrying about critique. Lose control. Do not reject or censor anything. Neither is there any need to affirm anything you write. Just let it come, without judgement.
4. Don’t cross out or correct or try to edit anything, either as you write or once it is written. Accept what comes.
5. Be gentle with yourself, be honest, and detailed as you possibly can, to write concrete and specific details.
6. Keep your hand moving: once you begin writing, you don’t stop until you have completed the time or page space you have allocated to the exercise.
7. Don’t pause to reread what you’ve just written, because that leads to stalling and attempting to control or refine your first thoughts.
8. Often it takes a few sessions before we feel fully comfortable with the method.

1. Focus on the problem that you’re trying to solve.
2. Sit at a table with your Writing Notebook. Sit in stillness and quiet, for two full minutes, letting your breathing become progressively slower and deeper. Let your thoughts rest, waiting to begin this new activity.
3. Give yourself a set period of time–15 to 30 minutes–and simply start writing.
4. Write whatever comes to mind–without censoring what you’re writing–and don’t lift your pen or stop typing for the allotted time. Write as fast as you can until you have completed the allocated time or pages.
5. Whatever form the words take, let them arrive without your direction.
7. Don’t worry about spelling, punctuation or anything else except putting words on paper.
8. Then, after the writing time is up, you can look back at them.
9. Try not to judge your writing as good or bad. Freewriting that is “good” is simply writing that is honest and open.

1. It is a creative act that roots you in the moment and shows you when you are going off balance.
2. This technique enables you to meet yourself on the page, connecting you to all three levels of yourself: Front Self, Deep Self, and Beyond Self.
3. It separates you from your thoughts and emotions, so you can observe them. By becoming “the watcher” in this way, your feelings and ideas lose some of their power over you.
4. This technique allows you to establish direct links with the collective unconscious and freely use its resources.
5. It teaches you to trust your own intuition and your own experience of the world.
6. Freewriting is often done on a daily basis as a part of the writer’s daily routine.
7. Writing practice encourages the writer to be aware of their thoughts and maybe an end unto itself, rather than a means to produce a more polished piece. 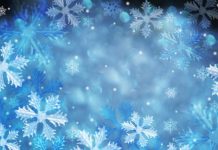 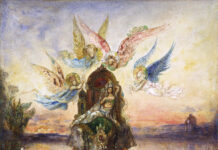