This technique was suggested by William Gordon while he was working for the Arthur D. Little Invention Design Unit in the 1950s.
Named by VanGundy, 1981 as the Gordon-Little technique.

Gordon noted that participants in brainstorming sessions often look for ideal or obvious solutions and once these have been found suspend their really creative thinking. He suggested a procedure that initially avoids presentation of the problem to be solved biasing the idea generation and premature closure.

The method assumes that participants must not already know what the real problem is.
The problem is initially presented in a very generalized, theoretical and non-specific form and the more factual details are made known gradually step-by-step.
Thus the leader initially states the underlying concept or principle of the problem and gradually does reveal more and more information.

1. The leader explains what is going to happen and presents a problem in a very abstract and theoretical form initially because that often makes it easier to think openly about it.
2. The leader asks participants to suggest ideas for solving the problem in this abstract form.
3. The leader introduces key pieces of information associated with the problem.
4. The leader and participants progressively redefine the problem to a less abstract level.
5. The leader reveals the original problem to the group.
6.  The group use the previously generated ideas as stimuli and triggers to generate actual solutions to the original problem.

Brainsketching as an idea-generation technique 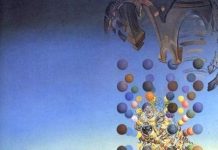