Morphology (from Ancient Greek morphḗ  “form”; and lógos “study”) – the study of the structure,  shapes or forms of animate and inanimate objects (crystal, words, artefacts, organisms).

Fritz Zwicky (February 14, 1898 – February 8, 1974) was a Swiss astrophysicist who worked at the Swiss Federal Polytechnic located in Zurich. In 1925, he emigrated to the United States to work at the California Institute of Technology.

In the 1940s and ’50s of the twentieth century, Zwicky applied Morphological Analysis to astronomical studies and the development of jet and rocket propulsion systems.
Fritz Zwicky  (1967, 1969) developed a generalised form of Morphological Analysis (MA), which is a method for systematically structuring and investigating the many possible relationships of complex problems.
This method can be extended to virtually any problem area that can be structured dimensionally. He wrote a book on the subject in 1969 and claimed that he made many of his discoveries using this method. Later a detailed introduction to morphological modelling is given in T. Ritchey (1998, 2002, 2006, 2011).
Zwicky F. (1948). The morphological method of analysis and construction, Сourant, Anniversary Volume.
Zwicky, Fritz (1969), Discovery, Invention, Research – Through the Morphological Approach, Toronto: The Macmillian Company.
Ritchey, T. (1998). General Morphological Analysis: A general method for non-quantified modelling.
Ritchey, T. (2011) Wicked Problems/Social Messes: Decision support Modelling with Morphological Analysis. Berlin: Springer.

Morphological analysis or General Morphological Analysis is a creative problem-solving technique for systematically structuring and exploring all the possible solutions to a multi-dimensional, complex problem and a powerful tool for generating creative ideas and designing a new product and service.
Morphological Analysis is an extension of Attribute Listing and is similar to forced relationships. It builds upon attribute analysis by generating alternatives for each attribute, thereby producing new possibilities.

1. Morphological analysis is used for considering and solving a complex, real-world problem and finding the best solutions among a great variety of possibilities.
2. This method is most effective in solving applied problems and designing new products, technologies and services

1. Morphological analysis is a methodological approach, a way of seeing and a generalized attitude toward reality. “I have proposed to generalize and systematize the concept of morphological research and include not only the study of the shapes of geometrical, geological, biological, and general material structures, but also to study the more abstract structural interrelations among phenomena, concepts, and ideas, whatever their character might be.” “Morphological analysis is simply an ordered way of looking at things.” Fritz Zwicky
2. Morphological analysis is based on the concept of a universal connection between all objects, events and spheres of reality. “… within the final and true world image everything is related to everything, and nothing can be discarded a priori as being unimportant.” Fritz Zwicky
3. Morphological analysis is grounded on the combinatory nature of creativity, which was revealed and coined in a number of concepts. In combinatory theories creativity is understood as Making new combinations of elements from apart domains and choosing the most useful of them (H. Poincare, 1913);  “Bisociation of matrices” – a blending of elements drawn from two previously unrelated matrices of thought into a new matrix of meaning  (A. Koestler, 1964), reorganization of existing experience and the making of new combinations on its basis (A. Matejko, 1970),  ability to conceive and combine two or more concepts and images (A.Rothenberg, 1980), combining two or more concepts within the conceptual space to form a new concept (M.A. Boden, 1990), conceptual combination and Conceptual blending G. Fauconnier and M. Turner ( 2002), conceptual combining alternative Knowledge structures (G. M. Scott, D. C. Lonergan, M. D. Mumford, 2005).
According to this approach, creativity is just a combination of seemingly different things and parameters and combining disparate pieces of information from various domains that are usually non-obvious and non-related.

1. Principle of unity of analysis and synthesis. Morphological analysis is grounded on the universal method of analysis and synthesis which always go hand in hand and complement one another ( T.Ritchey). The principle of unity of analysis and synthesis is evident in all spheres of human activity.
1. Analysis – Decomposition. The problem is broken down into key parameters and possible alternatives identified for each.
2. Synthesis – Forced relationships. This principle is joining together multiple combinations of the alternatives and features for the different parameters.
2. Structural-parametric principle. The implementation of this principle allows presenting each object as a system of interrelated structural components and essential parameters, as well as actual and potential relationships between them.
This method has to do with the disclosure and modelling of the structural relationships between different aspects of the object or problem.  It is a tool for identifying and investigating the sets of possible combinations, configurations and relationships between the elements.
3. The principle of combination is based on a set of two principles: conjunction and compatibility.  The first of them allows to bring together several different elements, and the second determines the possibility of creating their optimal patterns and ideal design.
Morphological analysis helps to create and select new useful or potential combinations of attributes, which may represent prospective new products and services.
4. The principle of streamlining and systematic searching of options.

7. The essence of the method

The key characteristic or factors are identified for a product, service or problem, and variations for each factor are brainstormed to develop lists of attributes. By investigating possible variations within each factor, useful or interesting combinations are discovered that may form a new or improved product or service, or maybe the solution to a problem.
An object is split into components. The essential characteristics should be selected among them, changed and united again. As a result, we will have a new object.

In the most general form Morphological analysis might be characterized by three main stages:
1. Creating the matrix and the solution space.
2. Identification of possible configurations and consistency constraints.
3. Evolution and selection of the most productive ideas and solutions.

The important procedure in the analysis-synthesis process is the reduction of the total set of possible configurations to a smaller set of internally consistent configurations representing a “solution space”.  Tom Ritchey (1998) called this process a “cross-consistency assessment” (CCA).

Morphological Analysis Steps
1. List the attributes (essential parameters or dimensions) of the system, product, service, process, situation or problem and place them in the first column of a multi-dimensional matrix.
2. Under each attribute, list all the alternatives you can think of and
fill a matrix with lists of alternatives arranged along the axes.
(For example List at least six attributes and at least six-ten alternatives for each. Empty cells are allowed in the table. Also, Brainstorming techniques might be used here).
3. Select combinations, choose one attribute from each column at random and assemble the choices into a possibility for a new idea. Repeat the choosing and assembly many times. Find new ideas by searching the matrix for creative and useful combinations.

4. Choose a new mixture of components that forms a practical, useful improvement or a new product and service. The rest combinations may represent prospective new ideas.

Morphological Analysis Steps for Problem Solving
1. Define the problem in a short and clear statement.
2. Identify attributes or Determine suitable problem characteristics or parameters.
3. Identify alternatives and features for the different parameters, fill a grid with lists of alternatives.
4. Combing items from the lists. Identify new useful, interesting or potential combinations within the grid. Eliminate those combinations that are impossible or undesirable to execute.
5. Evaluate and select ideas to use or develop into practical solutions to the problem.

1. Morphological Analysis is a good structured method and approach that helps to discover new relationships or configurations which might be overlooked by other – less structured – methods.
2. This method is a powerful technique for solving a complex, multi-dimensional real-world problem.
3. It is a systemic and focused method, which allows organizing existing information and generating new creative ideas for designing new products, technologies and services.
4. Morphological analysis can serve as a variant of Human-computer co-creation.  This method can be easily realized by computer tools and can be used in computational creativity, computer-supported design decision-making, models of Artificial Intelligence, string-parametric synthesis, parametric architecture and design.

1. The solution space of the problems is determined by the boundaries of the constructed matrix, and the process of creating a new one takes place inside the morphological box.
2. Mechanical application of the method leads to the generation of a large number of alternatives, many of which turn out to be meaningless and useless.
3. The success of the method directly depends on the subjective processes of evaluation and selection of key parameters and variety of their alternatives and eventually, their most useful combination.
4. The absence of criteria for the selection of useful combinations and options for solutions makes possible the loss of useful and meaningful alternatives.
5. Morphological analysis increases the probability of obtaining an interesting solution, but does not guarantee it.
6. Combinatory theory of creativity is just one of the levels and the partial manifestation of its universal theory and combination is only one of a whole range of mechanisms of creative activity. Thus, understanding creativity as the process of creating new combinations leads to the dominance of convergent thinking over divergent thinking. Besides, in this method, analytical and rational thinking prevail over intuitive problem solving and transformative imagination.
7. Modern real-world problems are highly volatile, uncertain and ambiguous, and their development scenarios are often unpredictable and lie beyond the defined boundaries of the morphological space. 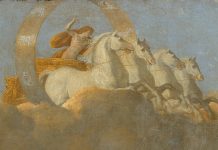