Procedural dynamic (from Lat. Processus – the passage, progress, and from Greek Δύναμις, “dynamis” – force) theories reveal patterns of sequential change of life forming stages of becoming a genius, expose the conditions and factors of its origin, existence and development.

1. Genetic theories (from Lat. Genesis – creation, origin) identify the main conditions, factors and causes of genius development and with the basic determinants of his formation and development.
1.1. Hereditary theory is based  on the idea of genetic cause of being a genius, its direct connection with the factors of heredity as well as with the assumption “that the ability to be a genius hereditarily passed to accumulate like some mysterious power from generation to generation.”
1.2. Sociogenetic (from Lat. Socialitas – society and from Lat. Genero – produce, produce, create) theory states that genius is usually born by specific needs and values of the society, special family relations and the conditions of education, creative, professional atmosphere that is full of ideas and the ability to communication with great talented people.
a). The influence of the family. A huge influence on the development of genius has any early influence, family and parents. At the same time from the earliest stages of the development it is very important to enrich, diversify and immense the stimulus environment that gives young genius the opportunity to absorb useful information, assimilate new meanings and experiences.
b). Theory of education. According to this theory, the process of genius development greatly depends upon the content and quality of education and training, the system of special pedagogical influences aimed at awakening and development of creative abilities.
c). The influence of teachers. The presence of a creative teacher as a role model, and his direct and indirect effects play a key role in the all round development of a future genius.
g). The presence of the school and its leader. The history of culture contains strong evidence of extremely favourable impact of scientific, artistic, sporting schools on the formation of genius
e). A special professional environment. The secret of the existence of entire constellation of geniuses who were born and were concentrated in Athens, Baghdad, Rome, Paris, St. Petersburg, took place  just due to a special, creatogenic and  stimulating environment made by the close relations of geniuses, common interests, the possibility of free debate and  talents exchange.
1.3. Theory of Self-education. According to this theory a passion for self-education and self-improvement is the key of ability to become a genius. The basic source on the formation of genius are independently acquired knowledge formed as well as spiritual and cultural values, creativity, creative attitude and method of interaction with the world.
1.4. The Theory of Impressing explains the genius awakening as a result of experience in childhood or later in life, bright and deep impression, an unexpected meeting with a miracle.
1.5. Culturalgenic (from Lat. cultus – culture, lifestyle, from Lat. genero – produce, produce, create) theory says that genius birth is given by a spirit of place (germ. Ortgeist) and Zeitgeist (germ Zeitgeist), the peculiarity of the urgent needs and demands of certain historical stage of cultural development, specific cultural and creative atmosphere. In this cross-cultural strategies are based on the concept of Ortgeist and emphasize cultural factors that are correlated with creativity and geniality.

Evolutionary theories  (from Lat. evoulutio – deployment, unfolding)  reveal the patterns and mechanisms of the formation of genius as a result of the objective process happening in nature and culture. The evolutionary theories of creativity and genius are based on the belief that the human role in creating the new does not differ from the role of nature. And the problem of creativity is a specific case of problem of appearing something new in the process of evolution.
1. Darwinian approach to the origin of Genius (D. Simonton). The theory is based on the classical model of D. Campbell which is founded on the classical concept of Charles Darwin. In this case the creative process and fulfilment of genius is considered as a unity of three stages: variation, selection and preservation of the most successful combinations.
2. Cultural – ecological theory of creativity and genius states that creativity bloomed and geniuses were born in the places where information was concentrated that is in Athens, Florence, Paris and various cultures crossed (M. Csikszentmihalyi).
3. Theory of coincidence and chance. According to this theory the world culture have been made not by the great people but those ones whose characters and abilities coincided with the real demands of the epoch. Geniuses are mainly created when their works were coincided with the current stage of cultural environment. Namely the spiritual resonance and compliance of personal creative activity with challenges and needs of the times create the Genius.

Transnormality theories  (from Lat. trans – across, over;  norma – norm, rule)  see the causes of genius in a wide variety of deviations from the actual mental, personal and social norms, in anomaly from physical, mental and spiritual health, in extraordinary circumstances of life, in strangeness of lifestyle and behaviour and unusual way of interaction with the World.
1. Pathological theory of genius states that at the basis of geniality are all sorts of abnormalities, a variety of physical and mental health problems that are manifested in eccentric behaviour, nervousness and even mental illness and insanity.
2. Theory of sublimation (from lat. sublimo – exalt, elevate, lift up) says that the cause of geniality is the transformation of super strong desires for a fame, power and wealth into form of imagination as well as transforming of sexual energy into the sphere of science and art, converting it into a cultural -significant and social approved and productive activities.
3. Overcompensation theory of genius states that the cause of geniality is in a variety of deviations from the norm, in a real or imaginary defects of personality and the overcoming of which is a powerful source of productivity and personal growth.
4. Conflictogenic theory of genius argues that diverse external and intrapersonal conflicts happening under certain conditions stimulate creativity and lead to the formation and development of a creative personality.
5. Mystic theory (from Greek misticos-hidden, secret) says that the appearing of a genius is a result of the activity of higher and unknown forces and it is generated by the contact with inexhaustible depths of cosmos, by experiencing ecstatic and hypnotic states, mystical visions and fantastic hallucinations.
6. Infantistic theory (from Lat. infantia-childhood, innocence)  states that a genius is a child having such features and advantages of childhood as fresh, pure, innocent perception of the world, the ability to see things in their primordial and innocent purity and treat them as they really are, as a tremendous interest to the world and the ability to be surprised and delighted with common things, as an unbridled imagination and passion for the game. 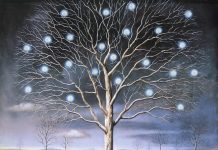 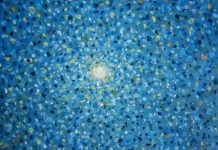 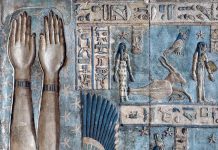 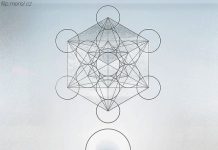 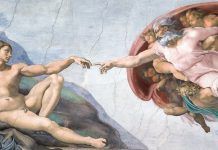 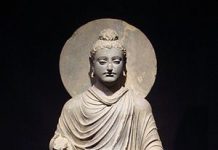 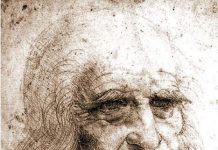