Quotes: 1. I’ve always tried to do my best on the ball field. I can’t do any more than that. I always try to give one hundred percent; and if my team loses, I come back and give one hundred percent the next day.
2. I really feel like life will dictate itself. You should allow it to unfold as naturally as possible. Just go with the flow. When you’re really desperate, you say a few prayers and hope for the best. That’s the way I’ve always lived my life.
3. It’s important to give it all you have while you have the chance.
4. I don’t want my body to be a distraction from my talent or my brain.
5. Without a doubt, the best way to get to know me is through my music.
6. I find that the very things that I get criticized for, which is usually being different and just doing my own thing and being original, is the very thing that’s making me successful.
7. A friend is someone who knows the song in your heart and can sing it back to you when you have forgotten the words.
8. I feel like I’m on top of the world. Honestly, I feel like I’ve climbed a very giant mountain, and I’m just standing right on top with my arms wide open and breathing rarified air.
9. Writing is very much a playground – an artistic playground. It’s the most fun thing I do. 10. All I ever intended was to make a living at what I do. Everything I’ve achieved since then is above and beyond.
11. I feel like in a way I’m starting over, with everything.
Video: Ka-Ching!
Website: Shaniatwain
Facebook Twitter Instagram Youtube

Social and professional position: Canadian singer, songwriter and model.
The main contribution to (what is known): She is the best-selling female artist in the history of country music and one of the best-selling artists of all time.
Contributions: Shania Twain is a famous Canadian country pop singer, songwriter, and model.
She is the only female musician to have three albums certified Diamond by the Recording Industry Association of America and is also the second best-selling artist in Canada, behind fellow Canadian Céline Dion.
She has received five Grammy Awards and  27 BMI Songwriter awards.
Twain has achieved both critical and financial success, she has sold over 85 million albums worldwide to date, including 48 million in the USA alone. Twain is the best-selling country artist of all time.
Genres: Country, country pop, country rock pop.
Representative Albums: “Come on Over”, “Greatest Hits”, “The Woman in Me”
Representative Songs: “You’re Still the One”, “That Don’t Impress Me Much”, “Man! I Feel Like a Woman!”.
She is the author of the autobiography: From This Moment On (2011).
Honours and Awards: 5 Grammy awards, 27 BMI Songwriter awards. In 2003, Twain was inducted into Canada’s Walk of Fame and in 2011 into the Canadian Music Hall of Fame at the Juno Awards. On June 2, 2011, Twain received a star on the Hollywood Walk of Fame. On November 18, 2005, Twain was invested as an Officer in the Order of Canada. Her Title is the “Queen of Country Pop”.
Creative style: Her unique and successful creative style is based on huge talent, charisma, positive adventurous and upbeat lyrics, a powerful voice and a stunning sexy image. She could combine classic country, pop, and hard rock techniques and a sexy, video-oriented image. Twain told: “I’m not a purist when it comes to the genre”. Some critics accused her of departure from the classic country style, but these innovations helped popularize country music and led to attracting a huge number of new fans and her overwhelming success.
Major works: “Come on Over”, “Greatest Hits”, “The Woman in Me”, “On the Way”, “Send It With Love” “Beginnings”, “Party For Two.” “Up!”.

Origin: Twain was born Eilleen Regina Edwards on August 28, 1965, in Windsor, Ontario, to Clarence and Sharon Edwards. When she was two her parents divorced, and her mother then moved with Eileen and her sister Jill to the small, rural town of Timmins, Ontario, where she married Jerry Twain, a full-blooded member of the Ojibwa First Nation.
He adopted the girls, legally changing their last names to Twain. She changed her first name to “Shania” in 1990; it reputedly means “I’m on my way” in the Ojibway language. The new marriage produced two boys. Jerry Twain worked as a logger and mining prospector, but the family of seven struggled to make ends meet.
Education: She graduated from Timmins High in June 1983.
Career highlights: In the late 1990s, Twain signed a reported $3 million contract with Revlon cosmetics to endorse their products.
In 1993 Twain went to the capital of country music, Nashville to record their first album. She released her eponymous debut album, Shania Twain, on 20 April 1993.  With the help of her producer and husband Robert Lange, Twain released The Woman in Me in 1995, which won the Grammy Award for the best country album and eventually sold over 12 million copies.
In 1997, Twain released her third album, Come On Over (36 million copies),  the best-selling album of all time by a female artist in any genre. It is also the best-selling album in the history of country music.
In 1999, she released a fourth album, On the Way. During her tenure in Switzerland,  she released the album “Up!”, which appeared in November 2002 and had great success, going triple platinum in the US.
And in 2004 Twain released a Greatest Hits album, which included a duet with Billy Currington, “Party For Two.”
In this year she decided to retire from performing and retreated to her home in Switzerland. Twain spent the next few years quietly, working on several non-music-related projects and appearing only on soundtracks.
In 2005, she released “Send It With Love” and “Beginnings.”
In June 2008 she returned to her creative life. In her letter to fans, she wrote: “…the best way for me to speak is through my music. This is my therapy, my passion, and my love. I look forward to sharing it with all of you as I begin this new journey”.
In 2010 Shania Twain returned to American Idol as a mentor. In May 2010 she started her new  Reality TV Show.
In 2012, Twain returned to the concert stage and in 2015 to the road for what she has billed as her farewell tour.
Twain’s Netflix documentary, Not Just a Girl, directed by Joss Crowley, was released on July 26, 2022, and featured all of the singer’s ups and downs that led to her legendary country music career. The documentary also touched on the vocal cord struggles that she contracted after being diagnosed with Lyme disease in 2003.

As a child, she learned to play the guitar at an early age and would spend much of her time singing, writing, and playing.  Twain has been described by her friends as “a very serious kid who spent a lot of time in her room.”
At the age of eight, she earned money by singing in local clubs and bars. Although she has expressed a dislike for singing in such a smoky atmosphere at such a young age, Shania believes that this was her performing arts school on the road to becoming a successful singer. In addition to bars, she sang on local radio and television stations and at community events.
At the age of ten she wrote her first songs, Is Love a Rose and Just Like the Storybooks and as a teenager, she performed on Canadian television.
At the age of 13, Eilleen Twain was invited to perform on CBC television’s Tommy Hunter Show.
After the demise of her band Longshot, Twain was approached by a covers band led by Diane Chase called “Flirt” and toured all over Ontario.
On 1-Nov-1987, when she was 21, her mother and stepfather were tragically killed in a car accident, leaving Twain to care for her three younger siblings.
In order to pay the bills, she took a job singing at a resort in Deerhurst. With the money she earned at the resort, she bought a house and had the family settle down.
Twain married a hard rock producer Robert John “Mutt” Lange on December 28, 1993. After 7  years of successful joint activity, they moved to Switzerland in 2000 and settled into a 46-room château in a 19th-century estate in Tour-de-Peli. On 21 August 2001, they welcomed their first child, a son named Eja (pronounced “Asia”) D’Angelo .
The couple, however, parted ways after 14 years of marriage on May 15, 2008. They finally divorced on 9 June 2010, after Robert had an affair with Twain’s best friend Marie-Anne. In the ’90s  Shania and Lange hired Frédéric Thiébaud’s wife, Marie-Anne, to assist the family and help take care of their home. After the split with Robert Shania leaned on Frédéric for moral support. “The person to comfort me was Fred because he’s been through the exact same thing,” – told Shaina to Oprah Winfrey.
Shania announced her engagement to  Frédéric Thiébaud, Marie-Anne’s former husband,  on December 20, 2010.   Twain and Thiébaud tied the knot in Puerto Rico on New Year’s Day (January 1, 2011). Frédéric Thiébaud calls his relationship with Shania Twain “a beautiful love story” and Shania says she’s grateful Frédéric Thiébaud helped her love again.
Frédéric is a 51-year-old businessman from Switzerland. He is a Swiss Nestlé executive.
Shania Twain’s 21-year-old son Eja is working hard to pursue a music career.

Zest: Through her mother, she is a descendant of Zacharie Cloutier.  Twain has spoken of her experience in youth, “I loved the feeling of being stranded. I’m not afraid of being in my own environment, being physical, or working hard. I was very strong…It was a very rugged existence, but I was very creative and I would sit alone in the forest with my dog and a guitar and would just write songs”.
Twain is a vegetarian and is also a devotee of Sant Mat, an Eastern spiritual philosophy. 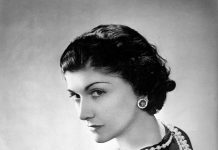 William James – One of the founders of Functional psychology